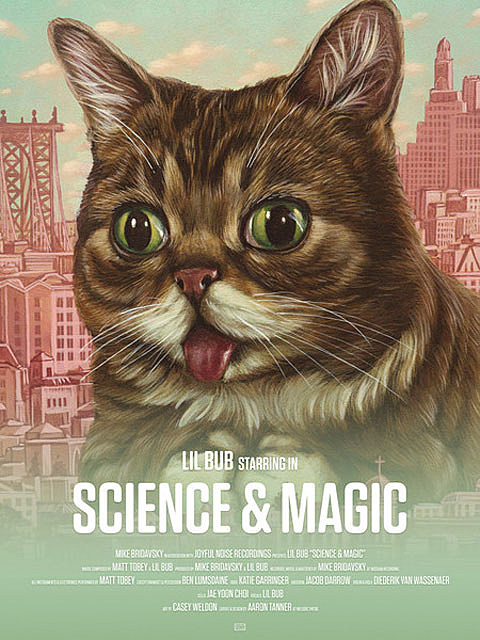 Having hung out with Steve Albini and helped make Meow the Jewels a reality, famous feline Lil BUB is releasing an album, titled Science & Magic: A Soundtrack to the Universe, which label Joyful Noise is calling the "first full-length concept album written by a magical space cat." It's out December 4 and BUB's old pal Andrew WK tells us more about it:

It may seem impossible that a cat could compose an entire album of carefully crafted instrumental music, but BUB is not simply "a cat". She came from the deep unknown, on an intergalactic mission to help the people and animals of earth with her magic, talents, and otherworldly wisdom. I can attest to her power - the time I spent with her absolutely made me a better person.

The songs on this album are the soundtrack to BUB's universal adventure, and a soundtrack to the universe itself. You'll feel transported by the music's stimulating spirit, and taken to places beyond your imagination's limits, all the while experiencing the sonic aura of BUB's loving and compassionate presence.

BUB is more than just a "muse"; she wrote this music and used the musicians on this album (BUB's dude, Mike, and his close friend Matt, who is also the official bubbysitter), as her creative vessels to get the music from inside of her spirit and into your mind. If it weren't for BUB, this music would not exist.

Pre-orders are available now and come in a variety of different packages, including a limited-edition picture disc vinyl that is "signed" by BUB herself. (25% of profits will go to the ASPCA.) If you want to know more, and surely you do, you can watch a making-of documentary short -- and check out album art and tracklist -- below. 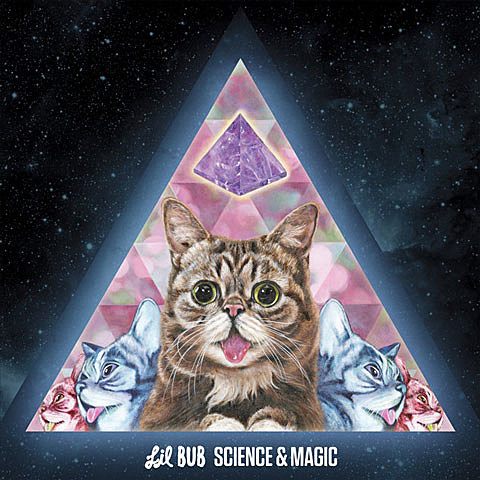