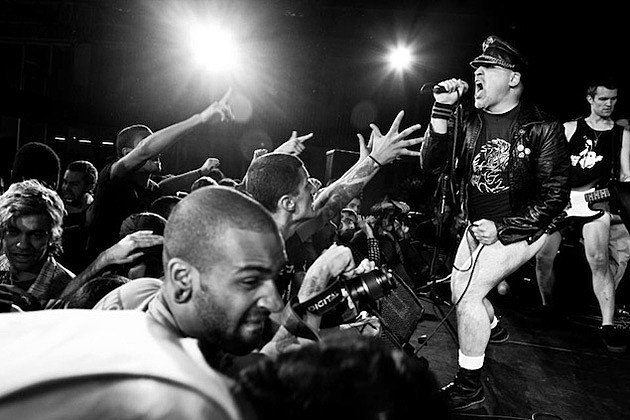 As discussed at InvisibleOranges, queercore punk gods Limp Wrist have returned to the fray, and will play a string of East Coast dates in mid-June that will include TWO NYC shows. The five dates in four cities will include Union Pool on June 15 (fixed) as part of a "Queers, Beers and Rears" show with a dance party directly after; and June 16 at Le Poisson Rouge. Ticket details for both are on the way.

Limp Wrist features Martin Sorrondeguy, who is part of the also-reunited Los Crudos who are scheduled to play this year's Chaos in Tejas. Sorrondeguy also recently released a photography book titled Get Shot!.