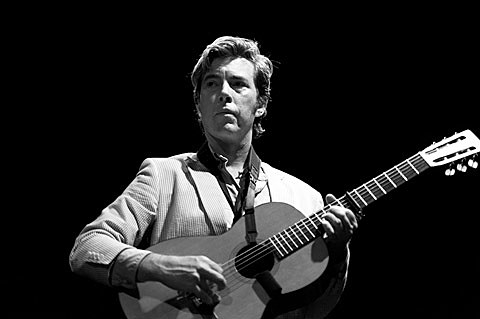 Lincoln Center's acclaimed series American Songbook returns to the elegant Allen Room in January for its fourteenth season celebrating the diversity of American popular song. For 16 nights the series will explore the best of the golden age of musical standards through to today's most dynamic songwriting. The music of Broadway, Latin culture and hip-hop, bluegrass, rock, and pop will be presented, along with three evenings devoted to great American composers and lyricists. The 2012 season - January 11 through February 11 - will bring to the stage some of today's most gifted interpreters of song, including Tony Award winners Laura Benanti, Michael Cerveris, and LaChanze, as well as the "Queen of British Musicals," the great Elaine Paige. In keeping with American Songbook's tradition of honoring great composers and lyricists, those being celebrated this season are William Finn (The 25th Annual Putnam County Spelling Bee, Falsettos), folk icon Woody Guthrie, and Jule Styne (Gypsy, Funny Girl). A relatively new composer on the scene, multiple Tony-winning Lin-Manuel Miranda (In the Heights) will open the series with a new rap composition about Alexander Hamilton. Also performing in the rap/hip- hop vein is the exciting ensemble Ozomatli.

From the rock canon will be J.D. Souther, performing songs he wrote for Linda Ronstadt and the Eagles as well as newer compositions, guitar god Thurston Moore of Sonic Youth doing an acoustic set, and the wildly expressive Merrill Garbus, known as tUnE-yArDs.

Singer/songwriters, both emerging and veteran, are part of American Songbook as well. Diva of the demi-monde Keren Ann is part of the series, as is the man whose deep voice and masculine presence has earned him the nickname "The John Wayne of Indie Rock," Bill Callahan.

The spectacular Allen Room is located in Frederick P. Rose Hall, home of Jazz at Lincoln Center on Broadway at 60th Street. The Allen Room possesses one of New York's greatest settings - a stunning vista of Central Park and the Manhattan skyline that provides an evocative backdrop for the performers.

TICKETS can be purchased online beginning November 14, 2011 at Lincoln Center's website www.AmericanSongbook.org, via CenterCharge at 212-721-6500, at the Alice Tully Hall, Avery Fisher Hall Box Office, or at the Frederick P. Rose Hall Box Office. Tickets for the Friends of Lincoln Center go on sale November 3, and single tickets go on sale to the public beginning November 14.

The full schedule is at Lincoln Center's site and below...