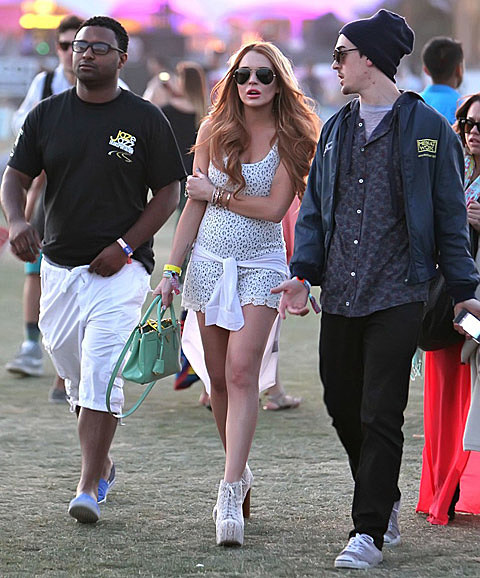 During the last minute plea talks between Lindsay Lohan's attorney, Mark Heller, and prosecutors handling her lying to cops case, the wayward actress told him to keep her out of rehab until AFTER the Coachella music festival so she could attend...

"Lindsay was adamant that she not be forced to go to rehab until after the Coachella Valley Music and Arts Festival in the Palm Springs area on successive weekends in April. Lindsay LOVES going to the musical festival, and she's determined to go this year. She didn't want a little thing like rehab to get in her way of attending. Linds refused to sign off on any deal that would have prevented her from going to Coachella, period. Yes, it's that important to her, for some strange reason," -[RadarOnline]

The online site is hinting that it may be related to a budding romance that LiLo has with an "NYC musician and club promoter," but that is just supposition. Or maybe she's just trying to fit in one last desert party before the rehab gets its hooks in her. #priorities