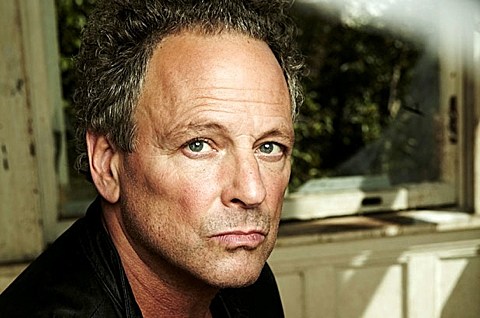 As mentioned, Nine Inch Nails are back with a new album, Hesitation Marks, which is due out on September 3 via Columbia. They've already released its first single, "Came Back Haunted" (which has a David Lynch-directed video on the way) and now they've revealed more details on the album, including its tracklist and full list of collaborators, via Rolling Stone. It does include King Crimson/Talking Heads/David Bowie/etc guitarist Adrian Belew (who is no longer part of the touring lineup), in addition to bassist Pino Palladino (The Who, D'Angelo), and most perhaps interestingly/surprisingly Lindsey Buckhingham of Fleetwood Mac. Check out the full tracklist and album credits below.

Nine Inch Nails are supporting the album with a tour that comes to the NYC-area for shows with Godspeed You! Black Emperor in Brooklyn on October 14 at Barclays Center and Newark on October 15 at Prudential Center. Tickets for both of those shows are still available.

Meanwhile, Fleetwood Mac, whose new EP is out now, are also on a tour which hit MSG back in April and returns to the NYC-area this weekend for a show at Nikon at Jones Beach Theater on Saturday (6/22). Tickets for that show are still available, but Ticketmaster is saying "not many left."