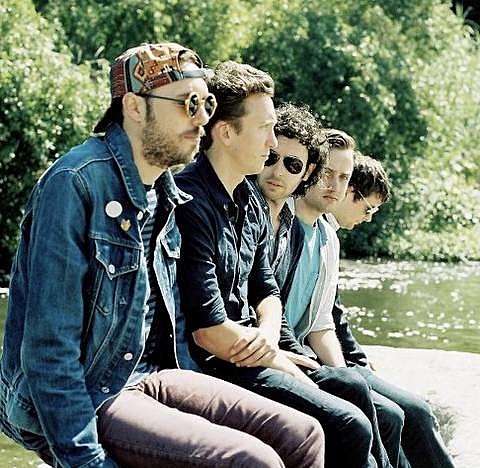 Los Angeles' Line & Circle will be touring the East Coast this fall, including a stay in NYC during CMJ. No real specifics to speak of but they will play the White Iris showcase on October 18, wherever that ends up happening. More details will surface when we get closer to the fest (which is getting close!).

White Iris is the influential singles-only label that released early 7"s by Best Coast, Fidlar, Electric Guest and No, the latter two being Line & Circle's tourmates for the non-CMJ dates on the tour. The band's sound owes more than a little to jangly '80s American college rock bands like Miracle Legion, Grapes of Wrath (Canadian, I know), The Connells, The Reivers, and other bands who came along in R.E.M.'s wake. It's definitely a sound that hasn't been dug out by very many new bands lately. You can stream both sides of their White Iris single below.

As previously mentioned, Electric Guest and No play Irving Plaza on October 20. Tickets for that show are still on sale, though it looks like Jinja Safari opens that instead of Line & Circle.

A list of all Line & Circle tour dates and those song streams are below.