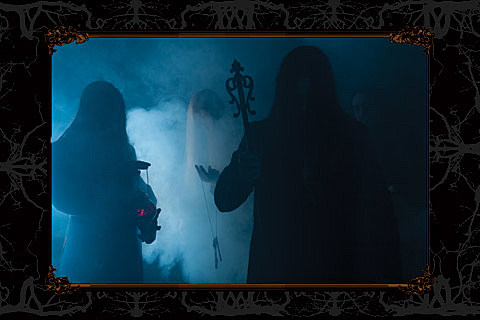 There's no tougher sell to a non-metalhead than to make them understand that the entire genre isn't about out-evil-ing, out-drinking or out-riffing the next guy. Granted there is a definite place for that in metal, but there are also bands whose goal is to score the dark underbelly of human emotion with reverence and solemnity.

Australia's Mourful Congregation is one of those bands and they craft some of the most emotional of all funeral doom, delving deep into the chasm of depression with unparalleled melodicism. There is a blackened grace to their compositions, which is why they are usually mentioned in the same breath as funeral doom favorites like Skepticism, Ahab, Evoken, and Worship.

In addition to represses of the The Monad of Creation LP and Weeping / An Epic Dream of Desire demos on LP, Mournful Congregation are welcoming TWO new LPs this fall and both with 20 Buck Spin. The first, entitled The Unspoken Hymns, compiles previously released tracks from vinyl releases alongside early renditions of album tracks. The second is Mournful Congregation's new studio LP The Book Of Kings via the label on 11/8. Stream the lead track "II. The Waterless Streams" for the first time below.

Also streaming below is the new rarities LP, and new releases from Alaric (mem Noothgrush), Brainoil, Vastum, and more . Look for Mournful Congregation on the West Coast this fall touring their way to Rites of Darkness.