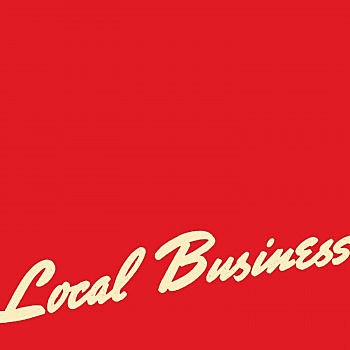 Listen to the new song below...

The lineup is: Patrick Stickles (singer/songwriter/guitarist), Eric Harm (drums), Julian Veronesi (bass), Liam Betson (guitar) and Adam Reich (guitar). The album was recorded in New Paltz, New York's Marcata Recording with producer/engineer/mastermind Kevin McMahon. They recorded it in April and May of 2012 along with some special guests including longtime Titus session keyboardist Elio DeLuca, universally acclaimed violinist Owen Pallett, and Eric Harm's father Steven on harmonica. This tight-knit group is just one of the meanings behind the phrase "Local Business".

While abandoning the linear narrative of their last album The Monitor, the songs on Local Business aim to make explicit the implications of the first two LPs, that the inherent meaninglessness of life in an absurd universe gives the individual power to create their own values and their own morality. Along the way, we witness a devastating automobile wreck, a food fight (that is to say, a battle with an eating disorder), an electrocution, a descent into insanity, and ultimately, a forgiveness of the self for its many faults. Titus Andronicus even finds time to broaden its emotional palette to include moments of pure positivity,
brief respites from the usual doom and gloom.

3. Upon Viewing Oregon's Landscape With The Flood Of Detritus

6. Titus Andronicus VS. The Absurd Universe (3rd Round KO)

Limited red vinyl available from the XL Store. Titus's only upcoming date at the moment is Fun Fun Fun Fest in Austin (which is currently holding a scavenger hunt)