Daryl of Citzens Arrest/Disma at Knitting Factory (more by BBG) 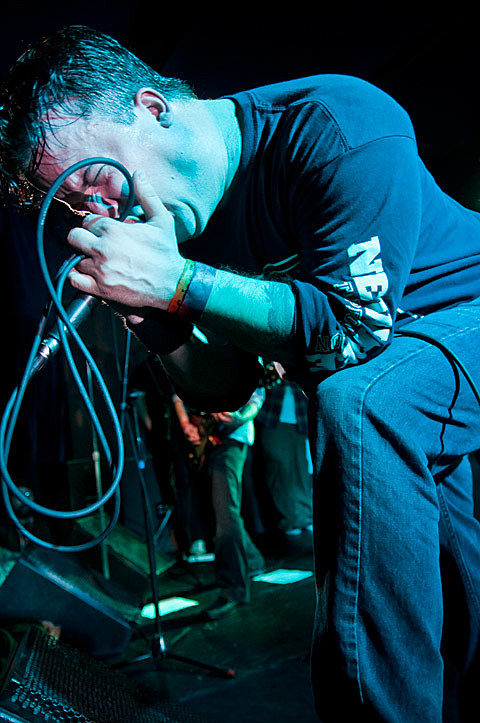 Not content with just a victory lap after their triumphant return late last year, Citizens Arrest is now back with a NEW batch of recordings! Check out "Open Wound" (streaming here for the first time) (below) and "Soaked In Others Blood" streaming below or available for download above from the band's latest EP of the same name. Get you copy now via Coextinction Recordings. For all of you cempletists out there, yes, Ted Leo lends his fretwork to the release.

In related news, you can catch Daryl Kahan's other band Funebrarum at Maryland Deathfest too; they play on Friday (5/27). And Kahan's third band, Disma, is preparing to release their new LP Towards The Megalith on July 19th via Profound Lore. Check out "Spectral Domination" from that release above.

All tour dates, some video and that song stream is below.

Citizens Arrest - "Soaked In Others Blood"