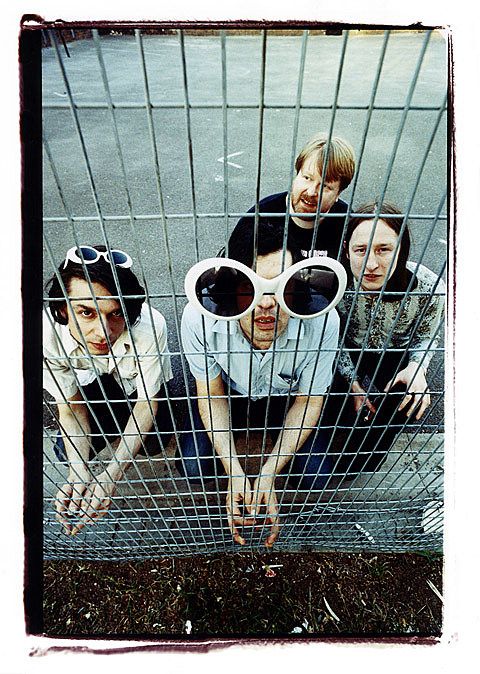 While Torche stretches their covers muscle with three Guided By Voices jams on their forthcoming split on Chunklet, the mighty Part Chimp have other plans. Since the split and corresponding tour will act as the band's swan song to US audiences, the UK band has blessed us with a pair of new tracks on their side of the spinning black circle. Stream one of those Part Chimp tracks, "The Watcher", making its debut here, and Torche's rendition of "Exit Flagger" (which first appeared on Pitchfork) below. Fans of Torche's molasses-guitar tone and sugary-sweetness will enjoy Part Chimp's side of the proceedings. Pre-order the 12" now.

In other news, Torche have signed a deal with Volcom Entertainment to release their next LP. Details are forthcoming, but the currently-untitled effort will be recorded in their hometown studio of Pinecrust, with Kurt Ballou behind the mixing board.

As previously mentioned, Part Chimp and Torche hit Mercury Lounge on 11/9 with Dirty Fences. Tickets are still available. All tour dates, that Part Chimp Stream, and some video is below.