Windhand at Acheron (more by BBG) 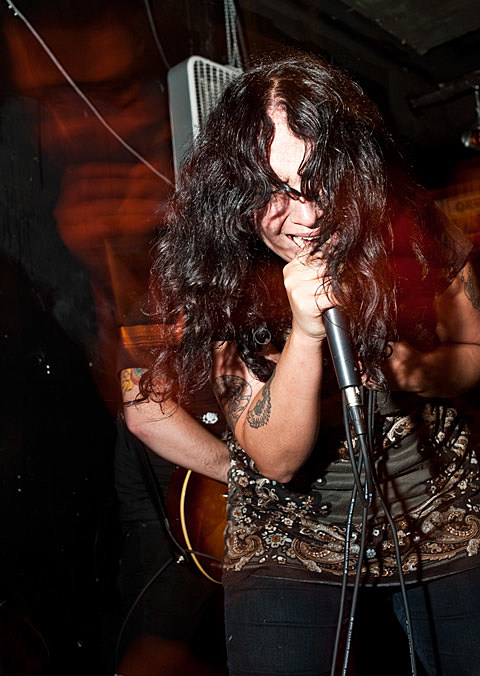 Windhand know their roots. Not only does the Richmand doom band pay homage to some of the gods of their genre (Black Sabbath, Saint Vitus, Pentagram, Candlemass, etc) on their latest self-titled effort, but Windhand also understand that the foundation of the music itself lies in blues. While the ex-members of Alabama Thunderpussy and Facedowninshit blast through a fuzzed-out and thundering old-school doom backdrop, vocalist Dorthia Cottrell adds a soulful and haunting croon on songs like "Black Candles" and "Heap Wolves", the latter of which is making its debut in this post. Stream both songs below.

Windhand's debut is one hell of a record that will probably end up on some year-end lists for the Big Muff Pi loving sort. Look for LP via Forcefield/Mordgrimm. Pre-orders kickoff Tuesday (9/27).

Album opener "Black Candles" recently surfaced on an episode of The Soggy Bog of Doom which features an audio interview with Steve Mills of The Wounded Kings (Windhand track at around 54:10). Listen to that and the song debut, with some live video, below...