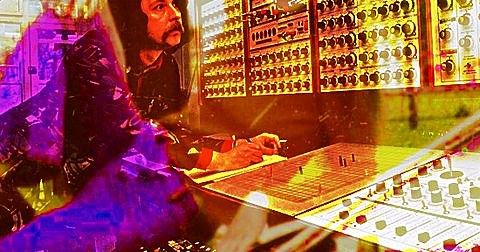 As mentioned, Brooklyn's Jonas Reinhardt (the project of Jesse Reiner) will be releasing a new EP, Foam Fangs on July 24 via 100% Silk. It was recorded with Damon Palermo (Mi Ami/Magic Touch) at The Equinoxe earlier this year and recorded/mixed by Jesse. When we first mentioned the EP, all we had heard was a remix of the title track that was posted to soundcloud a year ago, but we've now got the first taste of the EP with the track "Auto Grift." Tou can download that track above or stream below. Sounding like some mix between a Trent Reznor score and fluttery Kraftwerk synths, it'd be a great soundtrack to a late night drive or pounding through the PA at a dimly lit club.

You can catch Jonas Reinhardt live at the previously discussed Brooklyn show at Glasslands on July 7 with Octo Octa and Cuticle. Tickets for that show are available. It's his only NYC date scheduled at the moment, but more to come. Some dates to support the new EP over in California are in the works as well.

The "Auto Grift" stream and EP tracklist are below...