photo: All Dogs at Baby's All Right in January (more by Amanda Hatfield) 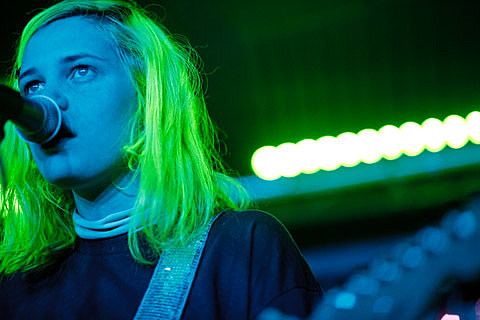 We recently mentioned that the first All Dogs album, Kicking Every Day, would be out August 28 via Salinas, and now lead single "That Kind Of Girl" is here. The album follows a couple 2013 EPs, this year's "Georgia" single, singer Maryn Jones' solo album as Yowler, and her contributions to Saintseneca and Radiator Hospital. It's up the same indie/pop punk alley as those early EPs, but it also sounds bigger and bolder than anything on them. Listen below.

They have some shows with The Sidekicks coming up, including Asbury Park (tickets).

Filed Under: All Dogs, Andrew Sacher
Categories: Music News
Comments
Leave A Comment
Back To Top