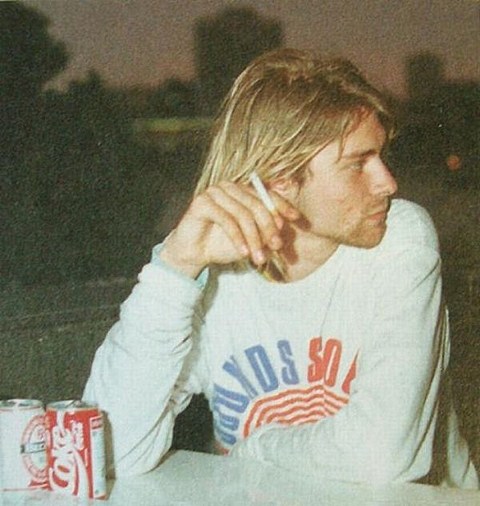 For the new Kurt Cobain documentary, Montage of Heck (coming to HBO on 5/4), director Brett Morgen unearthed some previously-unreleased music by the Nirvana frontman, including a cover of The Beatles' "And I Love Her." (Kurt's a known fan of early Beatles.) It's a rawly-recorded acoustic cover, and Kurt gives it a melancholic spin that sounds more like "Something in the Way" than The Beatles' original. Listen below.