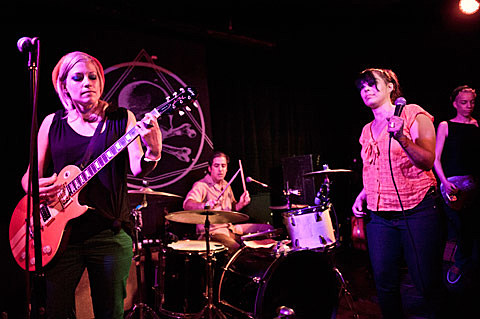 Kathleen Hanna's new band, The Julie Ruin, are set to release their debut album, Run Fast, on September 3, and after releasing the punked up first single, "Oh Come On," they've just returned with the album's second single: a synthy rocker called "Ha Ha Ha." Check it out below.

The Julie Ruin's tour hits NYC for an intimate show at Union Pool on Thursday (8/8) and returns for a larger show at Bowery Ballroom (9/3) with Swearin' on the album's release date. Both of those shows are sold out.