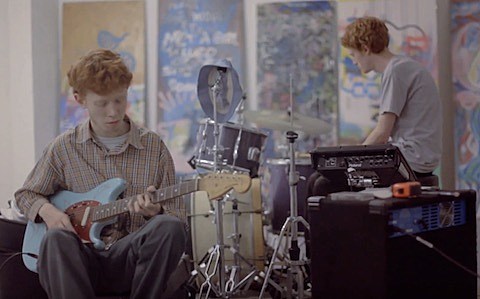 As previously mentioned, Archy Marshall (aka King Krule) is releasing a "multidisciplinary body of work", A New Place 2 Drown, in collaboration with his brother Jack, which includes a brand-new LP, a book, and a short film directed by Will Robson-Scott. NPR spoke to Archy and Jack about the project:

Jack Marshall: With the poetry, it would be difficult to turn that into song lyrics. It's more like words over music and a soundscape. I wouldn't say it's as straightforward as making songs.

Archy Marshall: Yeah, it's mad electronic. It's not really the same stuff. I wanted to call it under a different name. I wanted to separate it from King Krule, essentially. Because I've been working on my next album, which is similar to the last album, and this one is the stuff that I do on a day-to-day basis. I had to get it out somewhere. I like the idea that everything has its own little context.

While not a King Krule album per se, it is new music and Archy Marshall fans who have been waiting for a new album for the past two years can finally listen to the record, which Marshall refers to as more of a "soundtrack" to the film. You can watch that film too, is a short documentary about the brothers' artistic process and family life.

You can buy the book that accompanies the LP and doc on their site. Watch the film and stream the LP via Spotify, below...