Baauer at Coachella 2013 (via Justin Henderson) 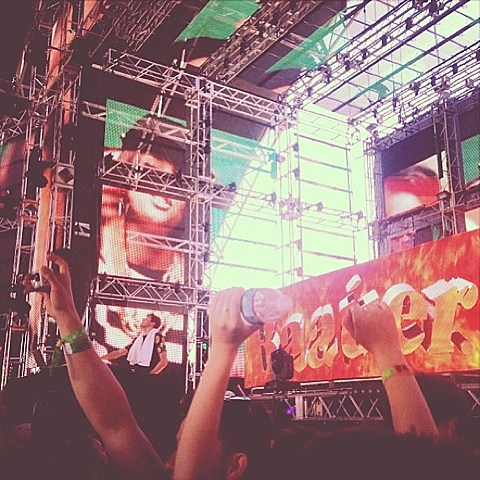 "You wanna hear some brand new shit? I don't think I'm supposed to play this," Baauer said at his Coachella 2013 set yesterday (4/13) before dropping his remix of Disclosure and Jessie Ware's currently-unreleased track, "Please Don't Let Go," which Disclosure have been playing live. Listen to a rip of that track from Baauer's set below. And just for fun, it's followed by a video of him dropping "Harlem Shake." For more fun, check out this fake Baauer Coachella setlist.

Disclosure also played their own Coachella set, which they brought out Jessie Ware for. And they just announced their debut LP.