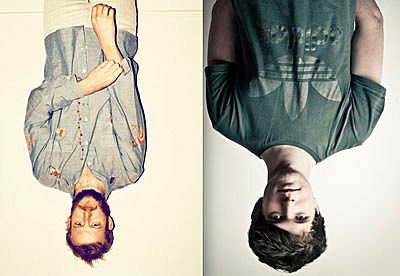 After tons of speculation on what the James Blake & Bon Iver - "Fall Creek Boys Choir" would be, it aired on Zane Lowe's show (with host Huw Stevens sitting in) on BBC Radio 1 a few minutes ago, and we now know that the collaboration is a single song with the name "Fall Creek Boys Choir" (which we also know is a name Justin Vernon has used in the past). The collaboration features Justin on vocals and James on beats. Zane writes on his blog:

Hi, it's Huw in for Zane. Tonight's Hottest is from James Blake and Bon Iver. After a chance meeting at South by South West, the massive new music festival in Austin, Texas back in March, this collaboration came about after a mutual respect of each others music was displayed. Both incredibly special musicians, this track is as atmospheris, as low key and as stunning as you'd imagine from Blake, here on production duties, and Justin Vernon who sings on this song.

According to James Blake's YouTube account, the song will be available on iTunes on Monday, August 29. The same post also says "Enough Thunder - Oct 2011." "Enough Thunder" is a new song that James has been playing live. Watch a live video of that and listen to "Fall Creek Boys Choir" below...