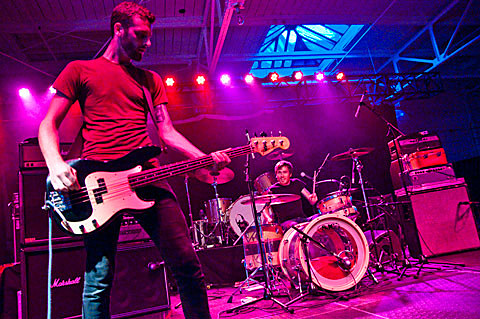 As mentioned, Lemuria are releasing their new album, The Distance Is So Big, on June 18 via Bridge Nine. They've just revealed the first taste of the album, "Brilliant Dancer," a cut that opens up with some characteristically Lemurian pop, but soon breaks out into a grungy chorus in a way that feels like relatively new ground for the band. Listen to the song below (via SPIN).

Lemuria will support the new album on a previously discussed tour which hits the NYC area for shows on May 24 at Maxwell's (tickets) and May 25 at Shea Stadium (no advance tix).