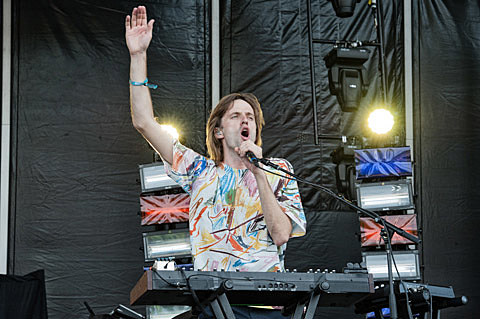 Cut Copy have been talking about a new album, and playing some new songs at their festival appearances this festival. They've now released the studio version of one of those songs, "Let Me Show You." Listen below.

Meanwhile, CC bassist Ben Browning will DJ at Cameo on August 24 with additional sets by Ben Steidel (Lemonade), and Evan Michael. Tickets are on sale now. UPDATE: Ben Browning is no longer DJing, Avan Lava and Midnight Magic will now spin at this late night party.