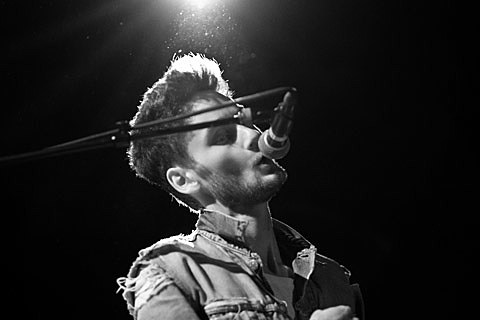 Manchester, UK band WU LYF were only around for a short time, having broken up about a year after the release of their only album, 2011's Go Tell Fire to the Mountain. Every member of WU LYF but frontman Ellery James Roberts carried on as Los Porcos, and now, Ellery himself is back with a solo song, "Kerou's Lament." It's at least as impressive as the highlights of Go Tell Fire to the Mountain and definitely worth a listen.