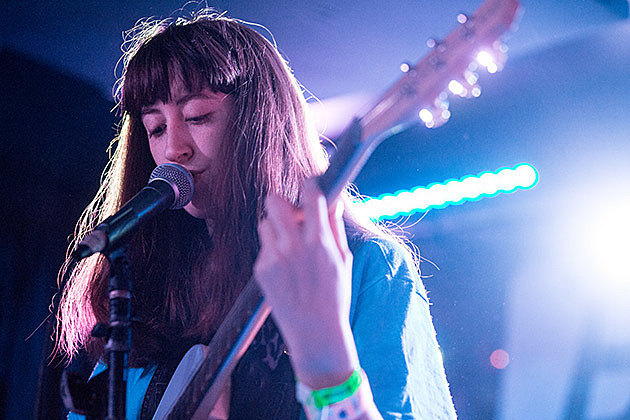 Frankie Cosmos' new EP, Fit Me In, is out next week but you can stream the whole thing right now. It's a quick listen -- the four songs clock in at just under eight minutes -- but packs in a fair amount of hooks and melody and really showcases Greta Kline's appealingly fragile voice. Stream it below.

Her tour with All Dogs starts next week and wraps up in NYC at Webster Hall's Marlin Room on November 22 with Laced also on the bill. Frankie Cosmos will also play the big Ground Control Touring 15th Anniversary show at Webster Hall on December 2. Tickets to both are still available. All dates are listed below.