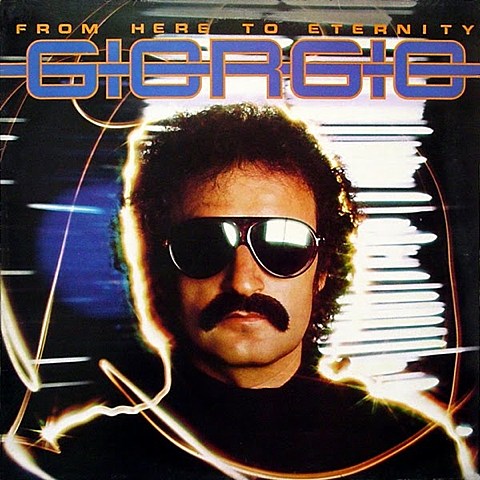 Could there have been a more perfect moment for an epic documentary on Giorgio Moroder? The man who, according to the show's very starry (and very generous) presenter Niles Rodgers, invented dance music? On the night that Daft Punk's fourth studio album finally launched, with fitting audacity at the top of the Shard, Radio 2 put out Electric Dreams: The Giorgio Moroder Story, the most enjoyable music documentary I've heard this year. Snippets of recent Daft Punk collaborator Moroder, 73, talking about his life were tacked over some of the best music made in the last century: I Feel Love, Together In Electric Dreams, Now I Need You. In between came New Order's Bernard Sumner, Debbie Harry, Sparks and more, colouring in the detail of what Moroder's music has meant. [The Guardian]

The above quote is from The Guardian's review of of the new audio documentary on dance music legend Giorgio Moroder that BBC Radio 2 recently put out, Electric Dreams: The Giorgio Moroder Story. The documentary premiered on May 13, and as of this post, and you can listen to Part 1 below.

Today's a good day to check it out if you haven't yet, because as mentioned, Giorgio will be in NYC TONIGHT (5/20) at Output in Williamsburg to DJ a Deep Space party with T. Williams, Benjamin Damage, and Francois K. The show is part of the Red Bull Music Academy NYC residency and it's Giorgio's first-ever NYC DJ appearance. Tickets still appear sold out, but as discussed, "a very limited number of tickets will be available at the door."

As you probably know, Giorgio is one of the many famous collaborators on Daft Punk's colossal new album, Random Access Memories (which is out this week, 5/21). You can hear him talking about his life of music on that song "Giorgio by Moroder" before it turns into a ridiculous dance jam. If you haven't heard the 9+ minute track yet, you can stream it below.

Giorgio also just released his own new song, "Racer," which is the soundtrack to a new Google Chrome video game of the same name. It's similarly dancey to "Giorgio by Moroder" and fans of RAM (or video game music) should dig it. You can check that out below too.

In related news, fellow Daft Punk collaborator Todd Edwards just made an Essential Mix for BBC Radio 1 which you can listen to HERE. 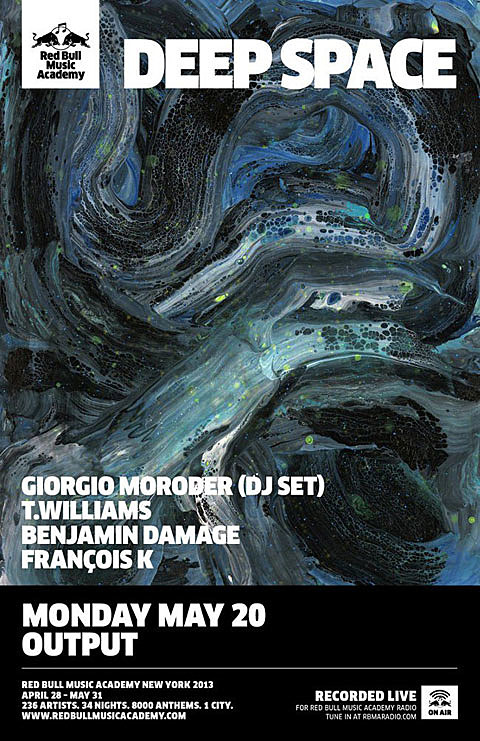