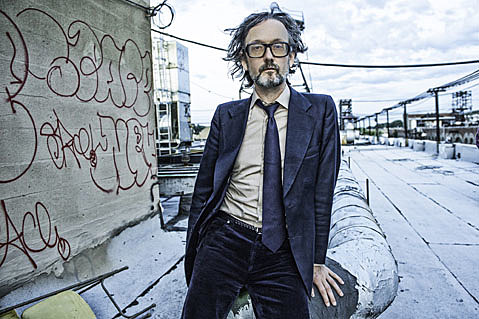 Jarvis Cocker's BBC 6 music show "Sunday Service" this week included a tribute to Paris which is where he has lived for the last few years. The spoken-word piece, titled "Friday the 13th, 2015," is his response to the November 13 attack. It recounts that night and next two days, and includes a poem titled "I Love You," with music by Serafina Steer (who he's collaborated with before). You can hear it at the 1:00 mark, but the whole show (which features a number of French pop classics as is basically a tribute to Paris), is very good.

Within the piece, a bit of news: Jarvis mentions "listening to some new songs I've recorded."