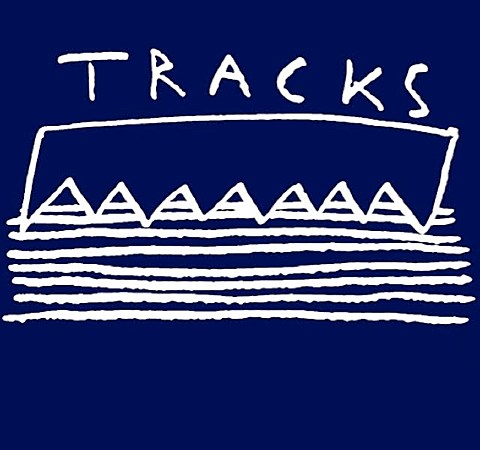 K Records alumnus Jason Anderson's new band Tracks recently announced that their first full tour will be supporting Joyce Manor and Cheap Girls, and today we're excited to share the first official Tracks single. Last we talked, I said if Tracks is up a similar alley to Jason's last solo album (2013's Omaha on Salinas Records) it would be a great fit with Joyce Manor, and it is in fact up that alley. For this project it sounds like Jason studied the book of Paul Westerberg, and the raggedy anthem "Moonlight" proves Jason does it pretty damn well. Like fellow Westerberg disciples Beach Slang and Japandroids, "Moonlight" reminds us how big the little things are, with untamed earnestness and a few power chords: "When your skin is close, I can barely stand / With your mouth on my neck and your hands on my back, I'm singing 'Hallelujah!', singing 'Don't you look good in the moonlight!'" Rock out below.

The Joyce Manor / Cheap Girls / Tracks tour begins in Cleveland this Friday (9/18) and then hits NYC on Saturday (9/19) at Webster Hall. Tickets for NYC are still available.