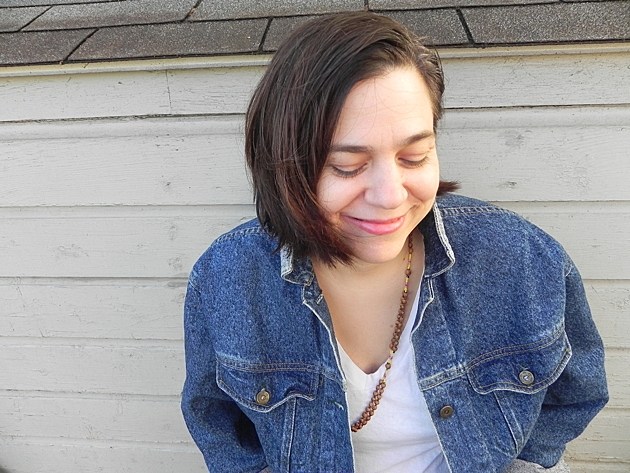 Jennifer O'Connor releases her new album Surface Noise on March 4 via Kiam Records (pre-order). We already posted "Start Right Here from that record, and we've now got the premiere of another song from it, "Black Sky Blanket." It's a hushed folk song that starts out with just Jennifer and her guitar, eventually adding some light piano embellishment, a simple drumbeat, and very pretty backing harmonies. Listen below.

Jennifer begins her tour with Neko Case later this month, which includes the NYC-area date March 4 at Tarrytown Music Hall (tickets). After that, she plays a release show for Surface Noise in NYC proper on March 7 at Mercury Lounge. Since we last spoke, Amy Bezunartea (who also took the above photo of Jennifer) was added as an opener. Tickets are still available.