Joseph Arthur at Bowery Ballroom in May (more by Dominick Mastrangelo) 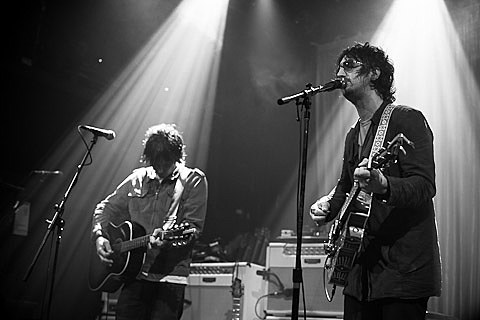 Joseph Arthur, who recently had his van towed and then sold by the City of New York (read Joseph's note on that here), has written a song about in the incident called, "Where Is My Van." (It's pretty catchy, but it's no Sammy Johns.) The song was written with Kraig Jarret Johnson, who is a member of The Lonley Astronauts with Joseph, and the two just performed it at Joseph's City Winery show on Monday (8/27) with help from Peter Buck (of R.E.M.). You can watch a video of them performing it at that show and listen to a studio recording of the song below.

Joseph Arthur - "Where Is My Van"