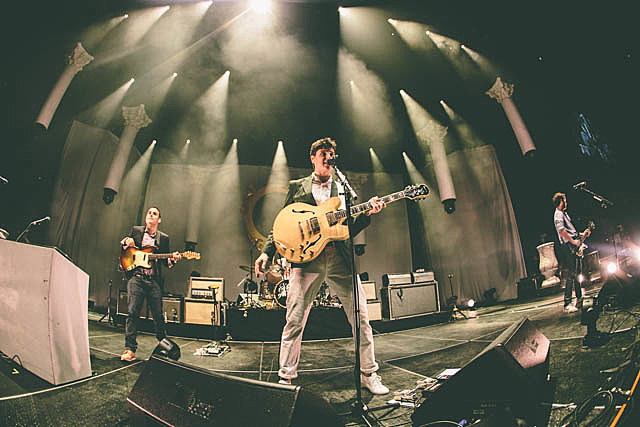 Last year around the holidays, Adam Horne of Brooklyn's Bear Ceuse (who released an album this year) and Animal New York uploaded an album to Soundcloud called Merry Indie X-Mas, which featured hilarious parodies of what it would sound like if famous indie bands did Christmas covers in their own styles. Now he's back with a new one called Indie Kidz Songs! which does the same thing, but for children's songs. Especially funny ones include Chief Keef's "Old MacDonald," Vampire Weekend's "I'm A Little Teapot," Alt-J's "Row Row Row Your Boat" and Pixies' "B-I-N-G-O." But they're all really funny and if you need to kill 6-ish minutes of your time with some hipster-baiting style laughs, stream the album and watch its commercial below.