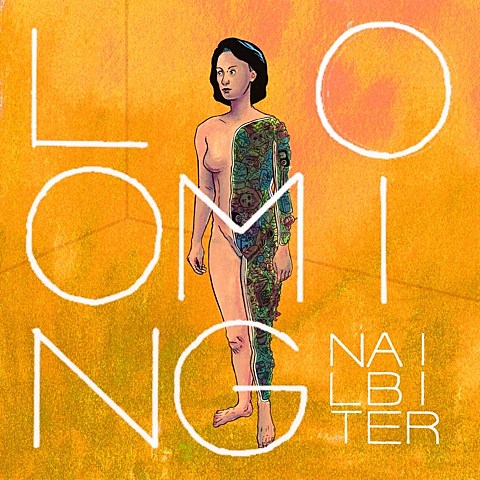 This past spring, we posted "Onward," the lead single from Illinois indie rock band Looming's debut album, Nailbiter. That album came out this past Friday on No Sleep (order yours), and now you can stream it in full. It fits most immediately into the current batch of raw/melodic indie rock bands, but Looming have a unique take on things. The best comparison I'm coming up with for singer Jessica Knight is a cross between Screaming Females' Marissa Paternoster and Hop Along's Frances Quinlan, but she can be as distinct as they both are. And to change things up even more, she often splits vocal duties with the band's emo-oriented male singers.

There's a good amount of diversity here too. Songs like "Onward," "Eat" and "New Eyes" are softer, folk-inspired indie rock, while "Cotton Tongue" and especially "Output" are the kind of grungy bangers that would have been primed for radio in 1997. There's been no shortage of bands doing this kind of thing this year (Superheaven, Bully, Speedy Ortiz, to name a few) and you've been feeling that sound, Nailbiter really does add to the conversation. Check out the whole thing (via AltPress) below.

The band is also on tour now, but unfortunately no NYC shows to report of at the moment. Dates below.