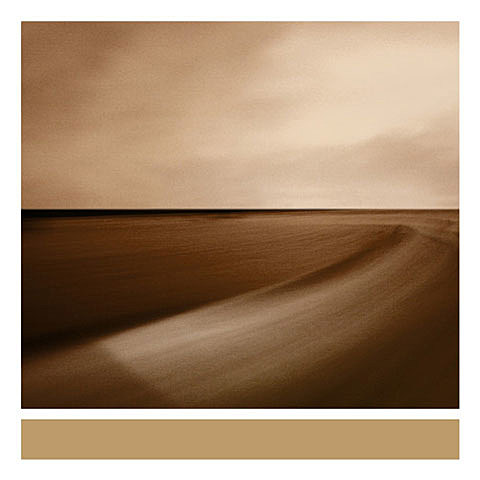 Brian Eno's new album, Small Craft on a Milk Sea, comes out November 2nd on Warp Records (that's the cover above). On it, Brian Eno worked with Jon Hopkins and Leo Abrahams. Eno described the process of recording the album to the Guardian...

"Mostly the pieces on this album resulted not from 'composition' in the classical sense, but from improvisation," Eno explained. "The improvisations are not attempts to end up with a song, but rather with a landscape, a feeling of a place and perhaps the suggestion of an event. In a sense they deliberately lack 'personality': there is no singer, no narrator, no guide as to what you ought to be feeling."

According to Hopkins, many of the album's "more melodic pieces" were born out of randomness. "Brian [asked] Leo and myself to write down a series of random chords, which he would then write on a white board, along with a number - the number of bars we should stay on that chord for," he said. "Brian would then stand and point to chords at random, not knowing how (and if) they will link to each other, and Leo and I would lay down parts in the corresponding keys for the written number of bars."

One of the album's tracks, "2 Forms of Anger," is posted below.

Jon Hopkins tours with Four Tet in October. They're at Webster Hall on October 22nd. Tickets are still on sale.

The streaming track and more info are below...