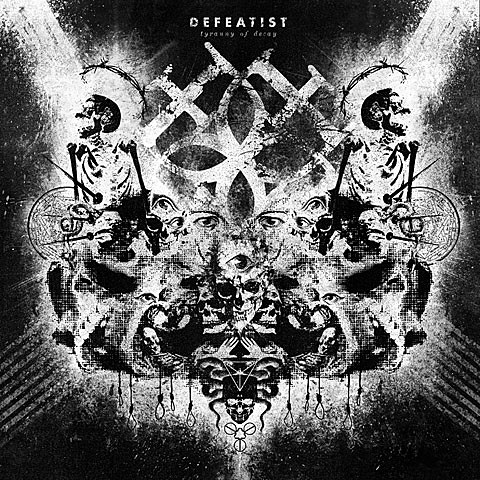 NYC's greatest grind team Defeatist have returned to the studio to create the forthcoming Tyranny of Decay, their latest speed-test of vitriolic venom. It's the band's second full-length overall and follows last year's Sixth Extinction, and this year's three-way split with Triac/ASRA.

Speed is clearly the name of the game for any grind release, but Defeatist keep it interesting with strong songwriting that incorporates bits of sludge and hardcore, changes in time signatures and jazzy touches. "Symptoms of Rejection", one of the twelve total tracks from Tyranny of Decay, makes its debut in this post. Listen to it below and look for the entire thing next week on their Bandcamp for the price of "what-you-want". The band will also release the LP on limited vinyl, though details on that are still forthcoming.

Defeatist will team with Despise You, Magrudergrind, Backslider, and The Communion at Shea Stadium on 9/11 as part of the DY/Magrudergrind tour. Stream much of their discography, along with the new song below.