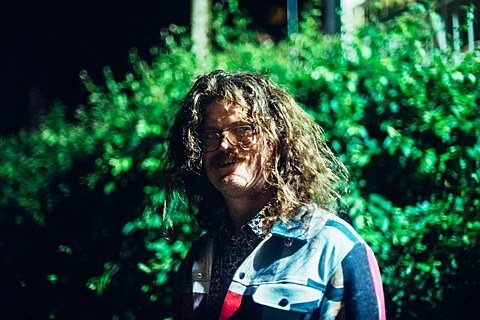 No Sky God is the Brooklyn band led by Stu Watson and featuring an impressive cast of collaborators: Steve Marion and Christian Peslak of Delicate Steve, Charlie Looker of Psalm Zero, Matty Fasano aka Fasano, Robbie Lee (who plays with Cass McCombs), Jeremy Gustin (who plays with Albert Hammond Jr.), Sam Mickens and still more. Their album Infidel comes out next week via Shatter Your Leaves. You can pre-order it and see the "seemingly complete list of contributors" here.

The album kinda sounds like a mixtape of late '60s and early '70s psychedelic rock. There's some pre-Tommy Who on "Always After You," some Lola-era Kinks on "Parachute," and this may not have been what they were going for but "Whenever You Find Me" keeps reminding me of Quicksilver Messenger Service. It's a fun album to play "spot the influence" with (record collectors: go crazy) but it's also just a fun album to listen to, which is important in cases like these. You can do that for yourself; the full album stream premieres below.

No Sky God have a release show in their hometown on Wednesday (11/11) at Palisades with Larkin Grimm, Creature Automatic and Voice Coils (that's a good lineup all around). Admission is $8 at the door.

Listen to Infidel below...