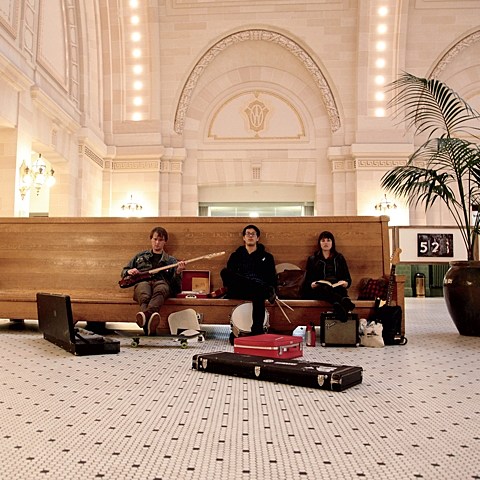 As mentioned, Big Eyes, who relocated to Seattle from Brooklyn, are releasing a new album this year on Grave Mistake, and that album has since been officially announced. It's called Almost Famous and will be out on May 14 in CD and LP formats. It's the followup to 2011's Hard Life, which came out via Don Giovanni. That's the album art above and the tracklist is below.

Almost Famous is punchier, fuller, and has stronger melodies throughout than any of the band's past releases, which could very well make this the album that wins the band larger audiences. It's got an immediacy which is never lost from track to track, and they waste no time letting you in on it. The opening strums of the album's lead track, "Nothing You Could Say," are an instant hook, and one that's made even more satisfying by the noodly bassline and blast beat that follow. "Nothing You Could Say" sounds like it's a breakup song, even if those sugary melodies might suggest otherwise. But when singer Kate Eldridge sings "It's obvious that we're not even playing the same game/And I don't have the time to try and read your mind," it doesn't sound like she's mourning as much as it sounds like she's moving on. And "there's nothing you could say to change it anyway." Download that track above or stream it below, and head to Pitchfork to download/stream another album cut, "Being Unkind."

Big Eyes are touring the West Coast this month and next, and they'll come to the East Coast this summer but those dates have not been announced yet, so stay tuned. Their current tour schedule, album tracklist, and song stream below... 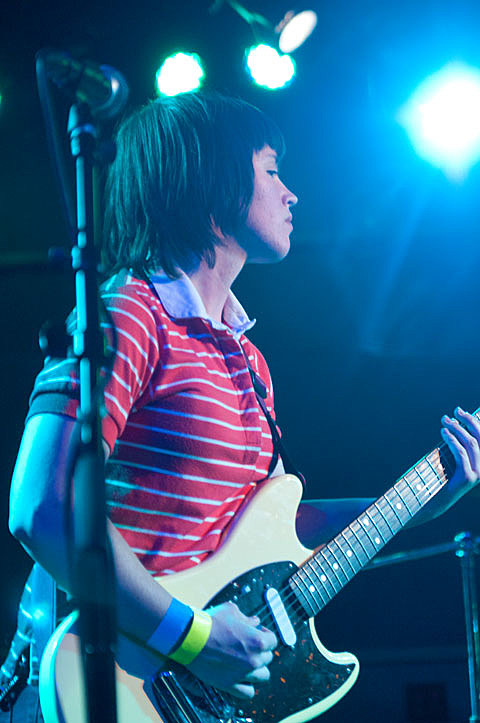