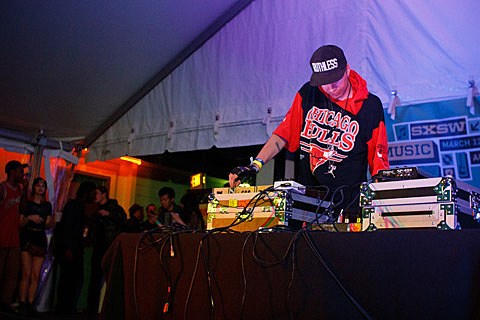 As mentioned, Pictureplane is going on a US tour this spring with Crystal Castles, but first will be in New Haven, CT at Toad's Place tonight (4/12) for a show with Mykki Blanco, Beat Culture and Oberhofer (who has upcoming NYC shows).

After returning home from that tour, he'll play show at Santos Party House on May 16 with another rapper, Antwon, whose album End of Earth features some production by Pictureplane. Tickets for what should be a pretty great show are on sale now. All tour dates are listed below.

Pictureplane also just released a new track, "Pure War." In his words, "the song is really about waging a war. a pure war against the war that is waged on us everyday.
reclaiming yourself." It's one of the heaviest tracks Pictureplane has ever done, with dark, booming synths that will translate really well on the dancefloor. And while tracks like "Real Is A Feeling" have already proved Pictureplane as a strong vocalist, there's a newfound conviction in his vocals in this song that arguably tops anything he's done to date.

The track will apear on the video game soundtrack for Injustice: Gods Among Us, along with tracks from Killer Mike (listen below), Minus the Bear (listen below), Depeche Mode, The Faint, and others.

All Pictureplane dates are listed, along with all song streams below...

Minus the Bear - "Walk On Air"