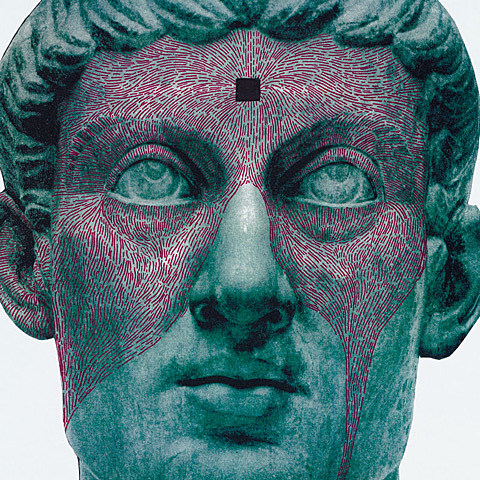 Protomartyr's third album, The Agent Intellect, is out next week via Hardly Art and you can stream it in its entirety right now via NPR First Listen. Building on the strengths of last year's Under Color of Official Right (my favorite LP of 2014), the band remain firing on all cylinders here. With a chassis (drummer Alex Leonard, bassist Scott Davidson) as precision as anything their Detroit hometown produced in its prime, the LP is a showcase for Greg Ahee's endlessly inventive guitar-playing and frontman Joe Casey's bleak, wry lyrical POV. Casey sings as much as he rants this time, which enlivens choruses of "I Forgive You," "Dope Cloud," "Clandestine Time" and the genuinely poignant "Ellen" (about Casey's mother who has Alzheimers). Is The Agent Intellect better than Under Color of Official Right? Why choose? Listen below.

As mentioned, Protomartyr will be in NYC for CMJ, playing four shows:

Protomartyr are touring around CMJ as well, including a post-fest run with Amanda X. All dates are listed below.