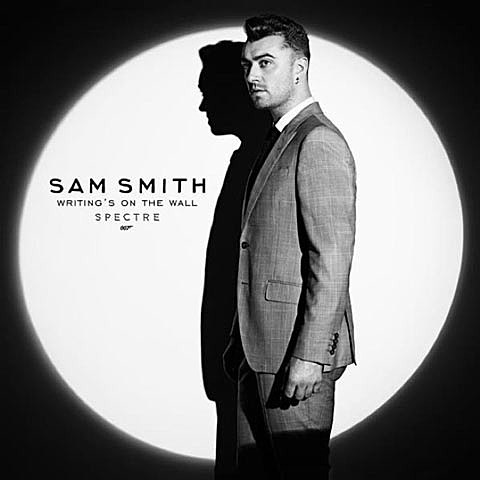 As you may have heard, Sam Smith was (predictably) chosen to sing the theme song to the new James Bond film, Spectre. As "Spectre" would be a bad name for a song (unless you're The Fall) and not the easiest word to rhyme, it's called "Writing's on the Wall." Sam made it with his pals frequent collaborators Disclosure and Jimmy Napes, and it's got the requisite Bond Theme strings and harps and sweeping drama. (Siouxsie Sioux's song from the Hannibal finale does it better, though). Stream it via Spotify below. Spectre, the movie with Christoph Waltz as the villain this time, is out November 6. You can watch the trailer below.

Meanwhile, Disclosure's new album, Caracal (on which Sam Smith sings on "Omen"), is out today (9/25) and you can stream that via Spotify, below as well. Disclosure play NYC at Madison Square Garden on October 24 and tickets are still available.