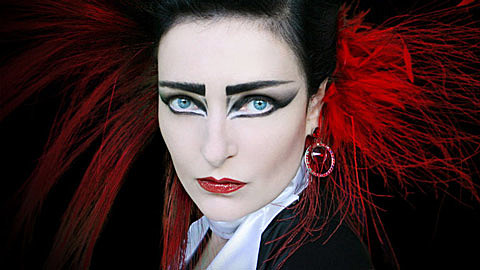 I went to NBC and Sky, who are our American and U.K. broadcasters, and said: 'I know the show is canceled... and it's absolutely unheard of for a showrunner to come back to you and ask for more money for a show that has no further revenue potential for you. But it's Siouxsie Sioux and it's an honor and it's her first single in eight years.' They both said, 'Yes, absolutely, we'll split it right down the middle, and we're doing this because we love you, we love the show, and we love Siouxsie.

"Love Crime" is very much in the melodramatic Bond Theme style and works perfectly with the finale. You can listen to the song below.

If you never watched Hannibal, which was based on Thomas Harris' Hannibal Lecter films, you were not alone, the show was a ratings loser but critically adored and one of the most bizarre, gorgeous, disturbing shows ever to air on Network TV and it got a fitting end... that still left room for more if that option ever arises.