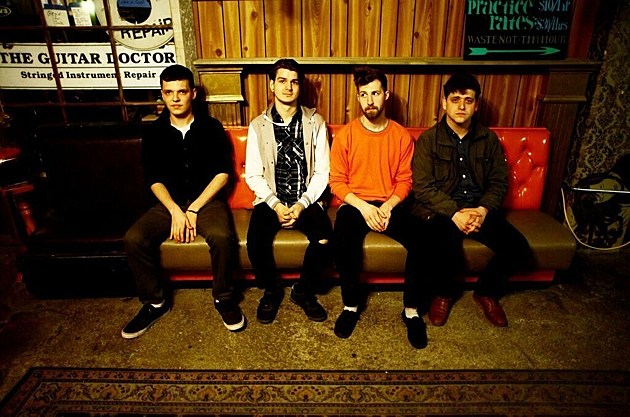 Somos already revealed two songs off their new album First Day Back, which is due out next week (2/19) via Hopeless (pre-order), and we've got the premiere of a third. Like the first two, "Reminded/Weighed Down" is more proof that this album is gonna top everything they've done. It's a very dynamic song, going from delicate verses to a chorus that veers into "epic" territory, with lots of subtle changes in between. It's got welcome remnants of radio rock (ca. '97 - '03) but there's a modern twist here for sure. Check it out below.

The band's tour with Petal and The Superweaks hits NYC on March 5 at The Studio at Webster Hall with local support from Adult Mom. Tickets for that show are still available. All dates are listed below.