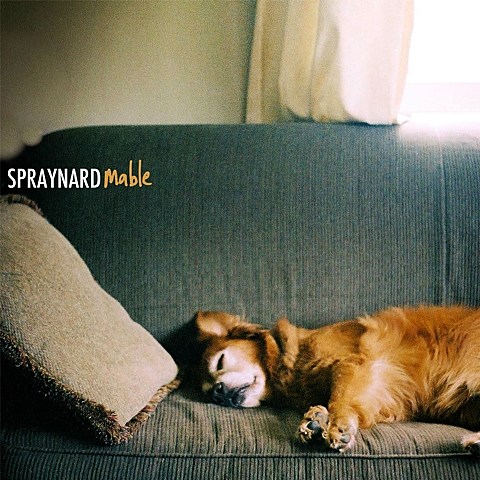 West Chester, PA's Spraynard are following 2011's Funtitled (released on Asian Man) on July 10 with Mable, their first full-length for Jade Tree. We already posted the single "Applebee's Bar," and now we've got the debut of another track from it, "Everywhere." Following in the tradition of Jade Tree vets like Lifetime (who they opened for last fall), Spraynard are a pop punk band who don't forget that "pop punk" does in fact come from "punk." They avoid all of the studio shine and cheap thrills that became associated with the genre once it hit TRL, instead sounding straight out of the era when hardcore bands just wanted to throw in a little melody. "Everywhere" is as good an example of this as any, and you can hear it for yourself below.

The band also have upcoming tour dates, including a run with Dogs On Acid (ex-Algernon Cadwallader, Snowing), which hits NYC on July 16 at Shea Stadium. Tickets for Shea are still available.

Full tour schedule, and the new song, below...

& = w/ The World Is A Beautiful Place And I Am No Longer Afraid To Die, Soda Bomb
^ = w/ Dogs On Acid
* = w/ Dan Andriano in the Emergency Room, Jeff Rosenstock, Pet Symmetry