The Body at Saint Vitus (more by BBG) 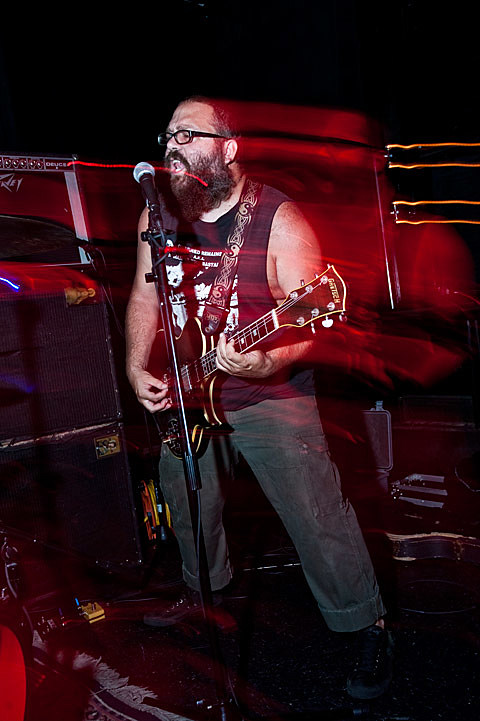 You'd think that in between all of the relentless touring and the fact that All of The Waters Of The Earth Turned To Blood was released a little more than a year ago, a record wouldn't be in the cards just yet for oddball doomers The Body. But Providence twosome have returned to the studio and his time they've teamed with Braveyoung to create a collaborative LP in Nothing Passes, out now via At a Loss.

The results are fascinating; elements of post-rock, dark-ambient, The Body's signature doom rattle, The Assembly Of Light Choir's heavenly vocals, and drone combine to create a work that embodies both of the collaborators' previous efforts, yet also touches on the operatic and sad melodies of Pink Floyd on the final Exhuma cover "The Vision". Stream "The Vision", as well as the entire Nothing Passes LP below, and look for The Body on tour, including on 10/8 at ABC No Rio with Thou!

If you missed out on the gorgeous post-rock majesty of the latest LP from Braveyoung, We Are Lonely Animals, make sure and seek that out too. The record, released this year via The End, flew pretty low under the radar but was an excellent piece of work.

All tour dates, the album stream and video of their collaboration is below.

Braveyoung with The Body live @ trainyard

Braveyoung and The Body Collaboration live at Machines With Magnets 2.20.11