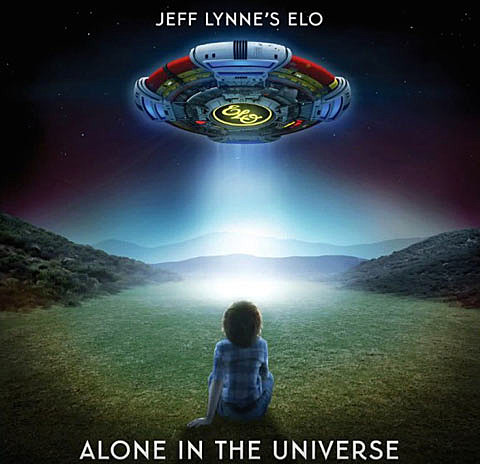 Jeff Lynne's ELO, as he's calling his band currently, will release their new album Alone in the Universe, on November 13. It's the first ELO album in 14 years and Lynne doesn't really go outside of his boxful of sounds, and you don't really want him to either. Nobody expects/want ELO dabbling in dubstep. (That said, "When the Night Comes" dips a toe in warm reggae waters.) As such, it sounds... like ELO, not bad at all at that, and clocks in at an economical 32 minutes. You can stream the whole thing over at NPR.

Filed Under: Electric Light Orchestra, ELO, Jeff Lynne
Categories: Music News
Comments
Leave A Comment
Everybody showed up to be in George Harrison’s “My Sweet Lord” video
Grandaddy share holiday single “It Was A Silent Night At Least Until Jeff Lynne Arrived”
watch 100s of videos from Rock Hall of Fame induction ceremonies (Talking Heads, Prince, Stooges, more)
Chris #2 of Anti-Flag tells us what he’s listening to (with commentary)
Steven McDonald (Redd Kross, Melvins) shares his Top 10 albums of the 2010s
Jeff Lynne’s ELO announce ‘From Out of Nowhere’ (stream the title track)