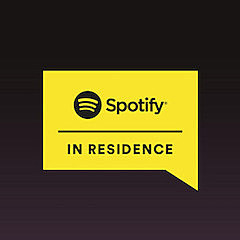 We're happy to announce that BrooklynVegan is part of Spotify's "In Residence" series where we'll not only curate a monthly playlist, but premium users can hear us talk about it too. Head to Spotify HERE now and click "follow" to make sure you never miss an episode.

For our first show, BV editors Andrew Sacher, Bill Pearis and Dave sat down to talk about some of our favorite music of 2015 so far, and other digressions. We taped the show in late July, so keep that in mind if any of it sounds slightly dated. (A segment where Bill bets Dave a million dollars that Lush will never ever reform was cut.)

Anyone can listen, though you will need to be a Spotify Premium subscriber to hear our lovely speaking voices.