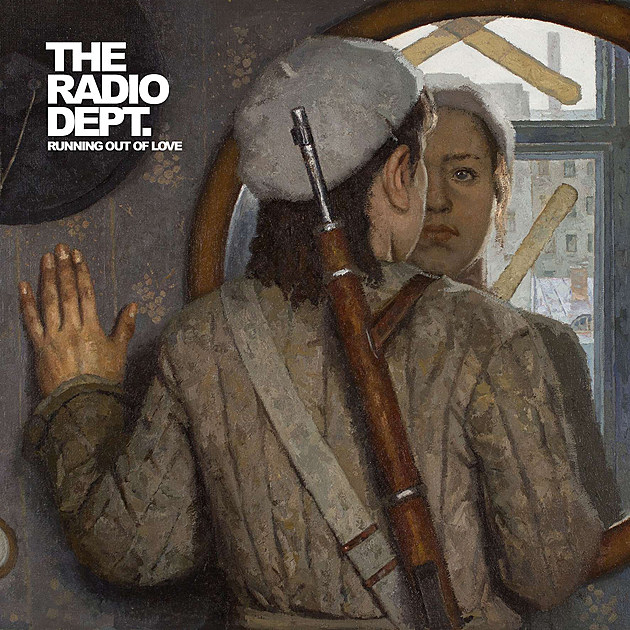 The Radio Dept's new album Running Out of Love is out next week (10/21) and you can stream the whole thing right now via NPR. As mentioned, it's very much a State of 2016 sort of album. "You would try to write about other things but you just couldn’t," Martin Carlberg told us of the album's fiery, protest lyrics. "This stuff blocks everything out. For politically interested people like us, it’s a very dark time. We’re actually scared for the future, more scared than we’ve ever been." The Swedish band take on fascism ("Sloboda Narodu," "We Got Game"), their country's munitions industry ("Swedish Guns,"), apathy ("Can't Be Guilty") and general distrust of those in power ("Teach Me to Forget"), but delivers raised fists disguised as kisses, with their typical mastery of catchy pop. The album is also obsessed with early '90s techno and house, which makes this their most banger-filled LP yet, with nods to The Stone Roses, Soul II Soul and Inner City (and on gentler songs, Dream Academy and Prefab Sprout). There are so many great production touches, you hear something new each time. It may be my favorite album of the year. Listen below.

As mentioned, The Radio Dept will tour North America in 2017 with NYC shows at Bowery Ballroom on Wednesday, March 8 (tickets) and Music Hall of Williamsburg on Thursday, March 9 (tickets). Updated tour dates are listed below.