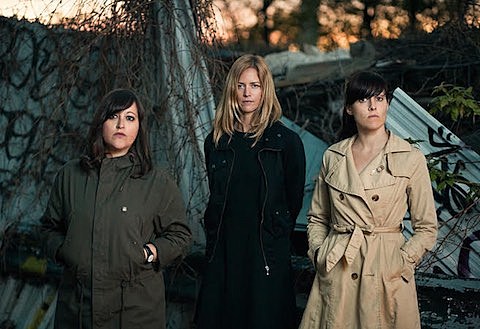 Toronto trio The Beverleys will release their debut album, Brutal, next week (11/6) via Buzz Records. Not unlike the pals Dilly Dally, these three make snarling, punky indie rock, equal parts riffs, hooks and attitude. (Their sneer has always come through loud and clear.) The record was produced by Shehzaad Jiwani of Greys and Josh Korody (Dilly Dally, Fucked Up) and rarely lets its foot off the gas. You can hear for yourself -- a stream of the whole album premieres in this post. Listen below.

The Beverleys haven't announced tour plans yet, but they do have a couple hometown Toronto shows, including one with Wand and one with Dilly Dally. Dates are listed below.

Speaking of Greys, they're streaming their new EP and about to go on a tour that hits NYC on 11/5 at Aviv. Their dates are below too.