photo: Tracks at Webster Hall in 2015 (more by Mimi Hong) 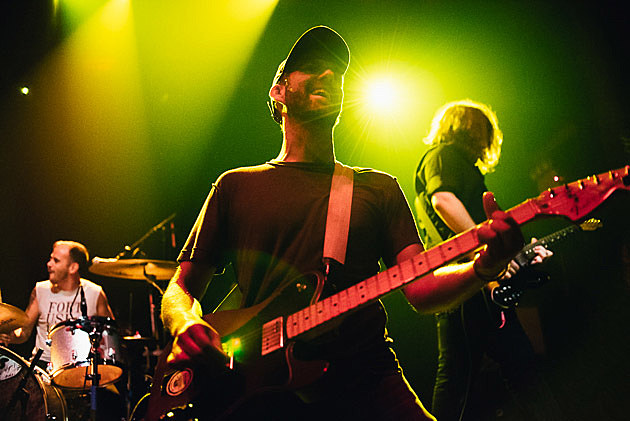 Tracks, the new band from 2000s-era K Records singer/songwriter Jason Anderson, released their first single "Moonlight" back in September (ahead of their tour with Joyce Manor), and now we've got the premiere of their next single "How I Have Loved You." Like "Moonlight," it's shambolic anthemic rock with a pretty massive Replacements influence, but it's too emotionally sincere to come off as unoriginal. If you dig the 'Mats (or Japandroids or Beach Slang) you pretty much need to hear this. Listen below.

Jason's been working on other projects besides his own too. He plays on the new No Sky God album, and he'll be a member of Strand of Oaks at his two Philly shows on 12/11 and 12/12 at Boot & Saddle (both sold out). Jason's also opening the first night with a solo set.