Keith and TSOL have crossed paths many times before, like when TSOL opened for FLAG on Keith's birthday in 2017:

And back in 1981, when TSOL and Circle Jerks shared a bill that blogger Andy of 'There's Something Hard In There' wrote a retrospective review of in 2013 and posted the flyer from the show (courtesy of oldpunkflyers.tumblr.com): 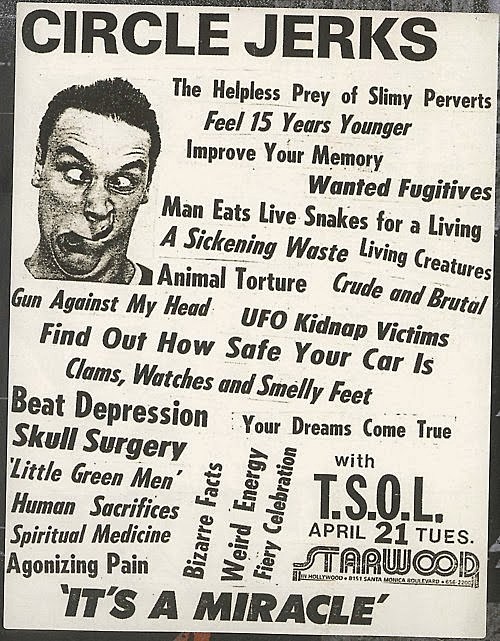