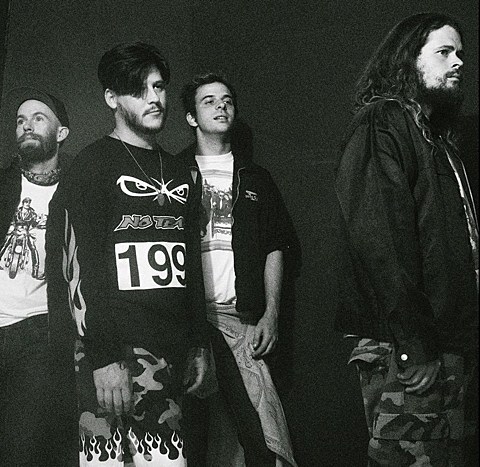 Wavves had already revealed almost half of their new album V, but now they've given us the whole thing ahead of its October 2 release date (via Warner Bros). As the singles hinted, it's the most highly produced thing they've done -- if you prefer lo-fi Wavves, check out their collaborative album with Cloud Nothings or their side project Spirit Club's album from earlier this year -- but it's otherwise the kind of sugary pop punk/alt-rock they've been making since King of the Beach. It's also their shortest full length since their debut. No psych-pop explorations this time around, just rockers. Listen to the whole thing below, via NPR.

The band's tour with Twin Peaks and Steep Leans hits NYC on October 2 at Saint Vitus (sold out) and October 6 at Irving Plaza (tickets).