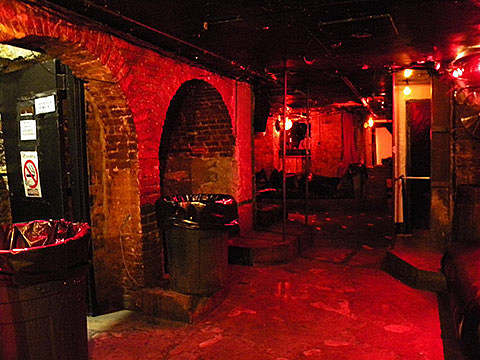 East Village party palace and venue, Lit Lounge, will close sometime in the next two months after 13 years in business. EV Grieve noted last month that there was a big "FOR RENT" sign on the building and confirmation came Thursday (7/9) via Clubplanet.com who interviewed Lit owners Steve Lewis and David Schwartz:

Steve Lewis: What was the primary reason for closing and moving shop to Bushwick?

Erik Foss: The new East Village crowd and the flight of the creative types to creative Brooklyn . It was inevitable. NYC is an ever changing animal. I am just glad that I got to be here before downtown changed into what it is now.

David Schwartz: Ehh, not happy with the newbies in the East Village. Millenials don't go out and the artistic ones left for Brooklyn digs 4 yrs ago.

In addition to being a place to dance and indulge in some late-night hedonism, their downstairs venue used to be home of the much-missed Precious Metal nights, as well as hosting lots of hyped shows during the "free Sparks" mid-'00s years.

Lit's sister club in Bushwick is still not open but its restaurant component, Currant Cafe, is and has been for more than a year. Says Foss, "Lit Bk could open next week or in 3 months, it's really a mystery as we have no real control of this last step." Foss also told Clubplanet that Aaron Pierce, founder of Williamsburg's soon-to-close Trash Bar, is now a part of the Lit team.