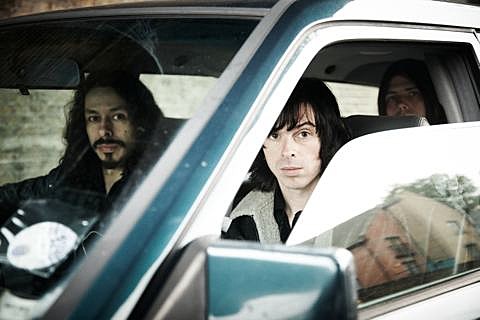 UK psych-soul trio Little Barrie return with new album Shadow in May 27. Like 2012's King of the Waves, the album was co-produced by Edwyn Collins and you can stream the first single, "Sworn In," over at EW. If you dig Primal Scream (with whom frontman Barrie Cadogan is a touring member) it's worth checking out.

Before the album's release, Little Barrie will be over for a short U.S. tour that includes two stops in NYC: May 2 at Knitting Factory and May 8 at Santos Party House. Tickets to both NYC shows are on sale now.

All dates are listed below....