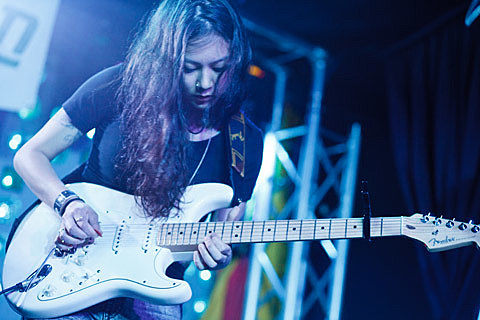 Philly's Little Big League released their impressive debut LP These Are Good People last year on Tiny Engines, and they've since signed to Run for Cover (Tigers Jaw, Modern Baseball, Makthaverskan) who will release its followup, Tropical Jinx, on October 14. So far, two songs from that have been released, "Property Line" and the title track, both of which show they're still making high quality indie rock. Check them out below.

LBL have shows scheduled for this November, including NYC on November 5 at Shea Stadium with LVL UP, Eskimeaux (aka Gabby Smith of Frankie Cosmos' band) and one more TBA. They play Philly two days later. Check out their full tour schedule, with the new song streams, below...